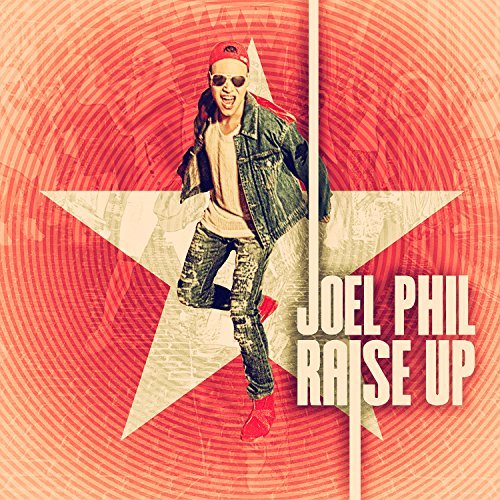 Joel Phil emerging high energy talent Joel Phil – RAISE UP:  Way back in the ’60’s, the album title was the “theme song” for the folks around me that I served with in the military… fists raised high, & with a collective voice, the brothers & sisters (including me, of course) of those days helped the slogan become the war cry for a whole generation… on Joel’s fantastic video (& subsequent re-mixes of the song that came in my promotional package), he’s helped to remind the new generation that NO politician (or preacher, for that matter) has the power that the PEOPLE do… scope out the video to get a sense of how well he’s done in conveying his critical message…

The main ideas he conveys with both the songs & the videos are that we must do this together, and that we must stand up for something… which is exactly why I spent (over) 40 years in the nation’s defense… for the rights of all to be WHO they ARE… not what some political/pastor tells us that should be, but using the force of our natures – as one voice, committed to each other… exactly the way it should be!!!  Joel knows whereof he speaks, as he is the son of Spanish immigrants, born and raised in Brooklyn, New York, where it’s tough (sometimes) to survive unless you know your own identity!!

Joel gets an immediate MOST HIGHLY RECOMMENDED from me, with an “EQ” (energy quotient) rating of 4.98 for this music with a message.  Check out more about him on his IMDB page.       Rotcod Zzaj