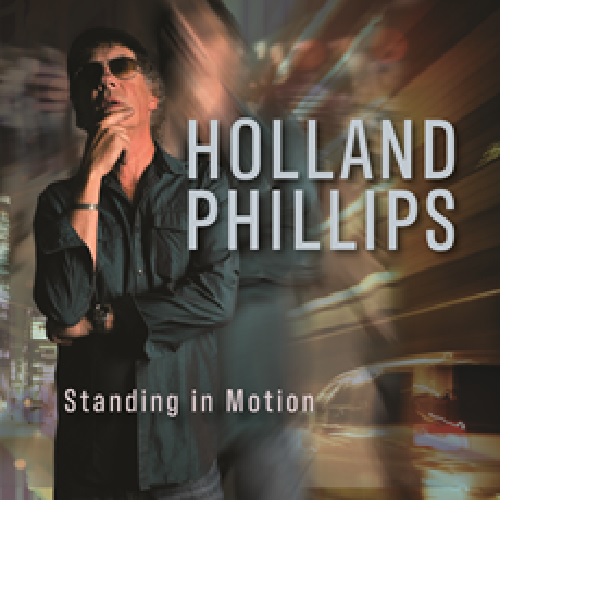 Intriguing heartfelt musical magic Holland Phillips – STANDING IN MOTION:  If you’re looking for performances that are full of intriguing heartfelt musical magic, you need look no further than Holland’s latest album (releasing on 23 September, 2022)… in my last review of his work, I described him as “powerfully moving“, and as you watch “Finding Solace” from the new album, you will agree with that description, I have no doubt…

You’ll definitely want to SUBSCRIBE to his YouTube channel, where you’ll find several other enchanting performances from his albums.

What truly sets Holland’s work apart from other New Age artists is that it’s not “just New Age“… he uses keyboards, flutes, electric and acoustic guitars and pianos to “paint” images like you’ve never heard before… just listen to the lively guitars on “Hours Until Dawn” (samples will be on Spotify when the album goes live)… a tune full of high-energy beauty, to be sure!

The title track, “Standing in Motion“, opens the album with powerful string weaves that will reach down deep into your soul and reveal the creativity and potential we all have been given.  If any song should be considered for awards – it is this one.

Holland’s pacing on the 4:16 “Reasons to Dream” is absolutely elegant… I love the way his piano is integrated with the strings on this performance… there’s no doubt in my mind that DJ’s will be spinning this full-bodied song over and over (and OVER) again!

There’s a sort of “harpsichord” feel on the intro to “Times That Bond“, but you’ll find several other majestic instruments woven into the piece as well… again, some of the most intriguing and intimate music you’ll ever listen to.

I had no difficulty in making my choice for personal favorite of the ten tantalizing songs Holland offers up for our listening pleasure… it’s the longest piece on the album, clocking in at 6:02… “Trail of the Pixies” could easily serve as a film score for the latest “fantasy” epic… an amazing and vibrant performance!

Holland gets a MOST HIGHLY RECOMMENDED rating, with an “EQ” (energy quotient) score of 4.99 for this superb album.  Get more information on Holland’s website.   Rotcod Zzaj