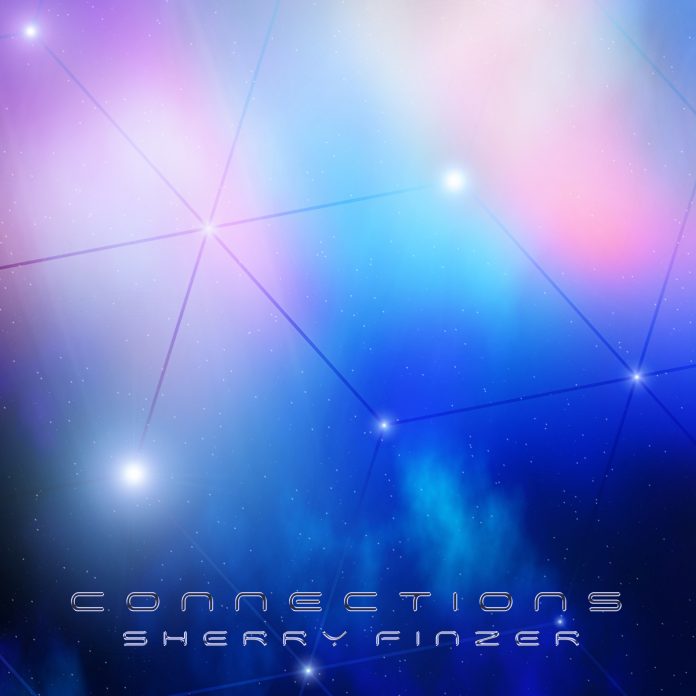 Heavenly healing flute magic Sherry Finzer – CONNECTIONS:  I can guarantee you right now that you’ve never heard such heavenly healing flute magic… it’s been a while (in part due to the pandemic, I imagine) since I reviewed my friend Sherry on her “Let There Be Light” album, but her wizardry has evolved to even greater heights, to be sure… first, watch an earlier LIVE performance Sherry did at “The Tank” to get a taste of her talent…

If you enjoy music that’s created to touch and heal the soul, you definitely should SUBSCRIBE to Sherry’s YouTube channel.

The new release is the third in a series that Sherry calls the “Naked Flute series”, and as you listen to the high-flying tones (and overtones) she achieves on “Red Hawk Hill“, you will understand why I consider her an absolute master of her flutes… DJ’s who love to air truly sensitive music will make this a frequent choice!

On “Resilience“, which opens the album, you will gain new respect for Sherry’s strength as an artist… the sonics she creates in the marvelous recording environment of “The Tank” will help to heal even the most broken of souls… her pacing is exquisite.

It actually took me two days to listen (carefully, and with my headphones on) through all seventeen songs Sherry offers up on the album, but after the first round, I knew (without any doubt) that my choice for personal favorite would be the beautiful “Wind Spirit“… I predict that this 6:23 gem will be nominated for (and WIN) awards!

Beautiful sound therapy magic Sonic Yogi – Be The Love You...