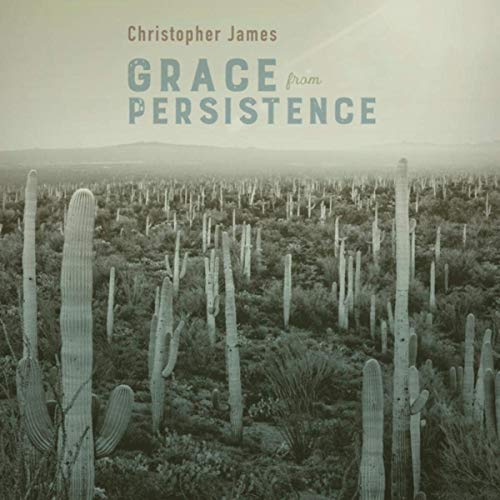 Colorful emotional music magic Christopher James – GRACE FROM PERSISTENCE:  I was just amazed at Christopher’s beautiful work when I reviewed his “The Sad Waltz” album in July of 2017… in fact, he got a “PICK” for that album and top marks for his strong compositional skills.  Before I go through the most impressive songs he has produced for you, I (MOST strongly) recommend that you watch his official trailer for the new album, with the title track, “Grace From Persistence“, so you can get a firm idea of the sheer POWER he’s able to project via his magical music…

…the intricate weave of emotions conveyed by this exciting video will connect (in the immediate) to your heart and soul.  Since you’re there already, be sure and SUBSCRIBE to Christopher’s YouTube channel, so you can watch as he posts more (and more) marvels there – I did.

Christopher says (in the promo sheet that came with my package) that his goal was to “to paint a musical picture with color and emotion and, for better or worse, to unveil a discovery that is not a straight line from point A to point B.”  As you listen to the imagery projected through the mysterious sounds on the totally engaging closer, “Neitherworld“, you’ll realize that he’s fully accomplished that goal… in fact, I wouldn’t be surprised to see this song chosen for a major motion picture!

I absolutely love the piano work on “Where ‘s Frederick?“, and there is a full-bodied weave of instruments that will surface emotions you may have thought “long gone“… a truly emotion-evoking composition that held me spellbound.

It wasn’t difficult (at all) to choose my personal favorite of the ten songs Christopher has offered up for your aural pleasure… “Cul-de-Sac” brilliantly blends elements of many musical styles to produce music that will become “caught” in your head… it immediately earned a “permanent” spot on my iPhone playlist… one of the most dynamic musical excursions I have listened to (yet) in 2019!

If you’re looking for music that departs from the norm, yet remains consistently full of life, this is MOST HIGHLY RECOMMENDED; Christopher (again) gets a (perfect) “EQ” (energy quotient) score of 5.00 for his work on this album… so, it gets my “PICK” for “most engaging compositions”.  Get more information on Christopher’s page for this release.