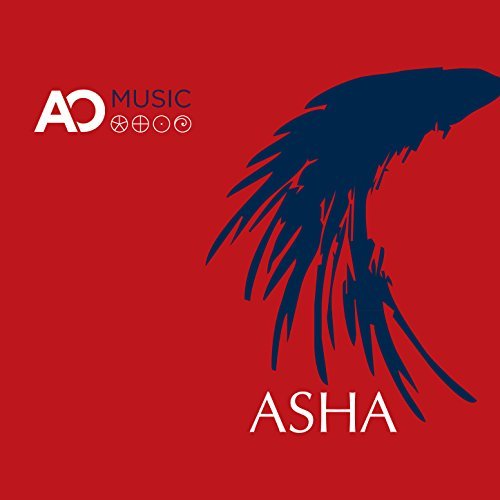 Pan-cultural World music AO Music – ASHA:  It’s been a really long time since I last reviewed these wonderful players (a 4-year hiatus, according to the promo sheets)… in issue # 131, to be exact.  As you’ll see if you visit that review link, they got a “PICK” in that issue… primarily because their music is so full of the high-flight energy that makes the world move!

When Richard Gannaway, and Jay Oliver started the group, way back at the turn of the century (2000, reviewed in issue # 41), they truly impressed me with their grasp of the idea that “true” world music shouldn’t be “pablum” for the masses… that it must inspire and create a focus for the listener that will allow for growth and help provide the ability to face any challenges that arise (and, Lord knows, we have challenges in abundance in these so stormy 21st Century times).  As you listen to the vibrant compositions on this new release like “Quixote“, it will be immediately apparent that these 2017 tunes are even more poignant reminders that (as they say in the digital booklet that accompanies the album) the most important thing on the planet right now are the “hands of peace” and the “hearts of hope”!  The tune is only 4:40, so I set the REPLAY function immediately so I can listen to this piece over & over again.

Vocalist Miriam Stockley is truly a big part of the success this album will achieve in getting their global message of unity out to cultures around the globe… on the marvelous high-energy opener, “Jabulani“, the voices of the Dong Ba Xiang Children’s Choir (Yushu, China) are featured along with Miriam’s superb vocals, and you won’t find a more inspiring way to reinforce the idea that we all need to “Rejoice to the World, Bring joy, Rejoice to the World, Joy to the World” if we are going to defeat the evil in a way that brings the peace we all desire!

It is the excellent combination of instruments and lyrical power on “The Wildest Dream” that (easily) got my vote for personal favorite of the dozen aural adventures offered up, though… having listened to (nearly) every album AOmusic has produced, I can say with certainty that it is the most inspiring multi-cultural blend of music you will ever experience.  I give AO Music a MOST HIGHLY RECOMMENDED, with an “EQ” (energy quotient) rating of a (perfect) 5.00; & that means it also gets a “PICK” (yet again) for “most inspiring and meaningful world music production”!  Get more information about this fantastic group at both the Abbeywood Records site and the AO Music site (and don’t hesitate to tell them that you read about them here, of course).            Rotcod Zzaj

Happy adventurous compassionate world flute Monica Williams – Within Us All