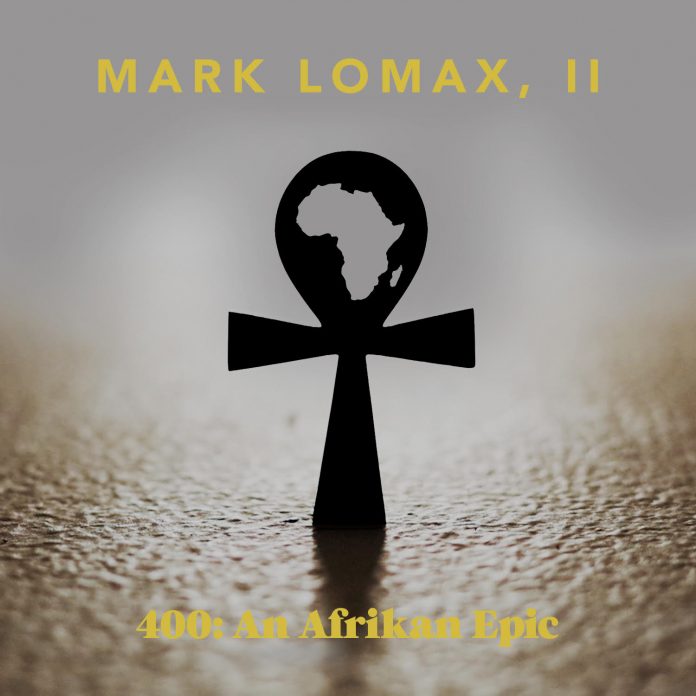 Absolutely epic jazz chronicle Mark Lomax – 400: AN AFRIKAN EPIC:  Doctor Mark Lomax is a drummer who has been on our sonic radar for many moons now… I reviewed him quite sometime back in issue # 147, where he got extra-high marks. When the publicist used the word “epic” – they were NOT kidding… a 12-album cycle that takes the listener through phase after phase of the Black American experience… of course, the very BEST way to get deep into what Mark has produced is to WATCH parts of it… we will start off with a video from the very last album set, on a tune entitled “Blues In August“…

…sheer POWER emanates from each of the players, and your ears will be amazed at the arrangements and movements… be SURE to SUBSCRIBE to Mark’s YouTube channel, where you can witness many more sound miracles – I did.

Because my music reviews really only catch snatches of the creations rendered by masters like Mark, you are MOST STRONGLY advised to visit Mark’s website, where you can sample pieces from all 12 albums.

One of the songs that MADE my jazz DAY is “Visions of Freedom“, an upbeat 6:02 tune that epitomizes what jazz is really all about… I have no DOUBT that this tune will be garnering MAJOR airplay on jazz stations around the world!

Of the 52 highly creative pieces offered up for your jazz listening pleasure, it was (unquestionably) the 9:19 “Transendence” that is my personal favorite… I can promise you that you’ll be listening to this one over & over (& OVER) again, folks… a true jazz masterpiece.

I give Doctor Lomax and all his players a MOST HIGHLY RECOMMENDED rating, with a (perfect) “EQ” (energy quotient) rating of 5.00… which means that the album also gets my “PICK” for “best epic jazz album”.  Get more information on Mark’s page for the albums.         Rotcod Zzaj